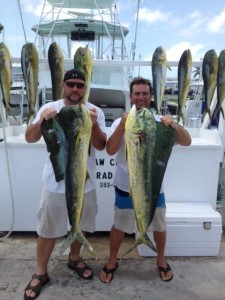 Along with our catch of Dolphin, we Caught and released a relatively rare White Marlin; unless it was the recently identified “Round Scale” Marlin, which was often referred to as a Hatchet Marlin in the past. 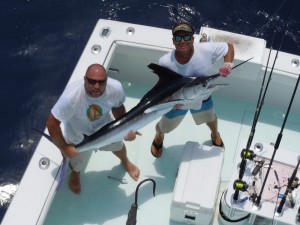 Most of the differences are minor taxinomical ones, but the Round Scale or Hatchet Marlin is said to have a squared off top to the dorsal fin as this one does.