Capt. Brad was born and raised in Massachusetts. After graduating from Princeton University, he moved to the Florida Keys in 1979 to pursue a fishing career. For many years Capt. Brad operated corporately owned sportfishers which were available for charter on the Caribbean fishing circuit. Winters in the Fl Keys, spring on Mexico’s Yucatan Peninsula, and summer in St. Thomas USVI. Brad also spent 5 fall seasons fishing Venezuela.

In 2002 Brad decided to go into business for himself and contracted legendary Key West boat builder Claude Torres for the construction of a 43’ charter boat, SOUTHPAW which would be home ported in Key West. More than 20 years later Capt. Brad continues to run his daily charter service out of Key West, while also traveling to fish more exotic locales. The SOUTHPAW remains by common consensus among Key West’s best designed fishing boats.

Now in his 40th year as a charter Captain, Brad has fished from Nova Scotia to South America, and as far afield as Australia but always called the Keys home. Over the years he has become one of those richly experienced watermen about whom you can say; been there, done that.

To read about Capt. Brad in Marlin Magazine click here. 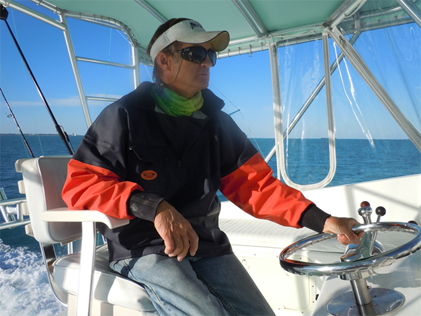