After a whirlwind trip to Isla Mujeres last week, we were back fishing Key West waters by the weekend. There is a nice run of big Dolphin in progress. These fish are located inshore along the edge of the reef out to about 300′. We’ve been getting some bites “out of the blue” but in general, frigate birds have been signaling the location of these fish. On several days we’ve had nothing under 10-12 pounds with many fish running in the 20-25 lb class. There have been some very large individuals caught during this run- a 59 pounder in Marathon and several 50-55 pounders here in Key West. Mixed in with the Dolphin have been Blackfin Tuna and Wahoo. The Sailfish season seems to be winding down with progressively less action coming while we’ve been 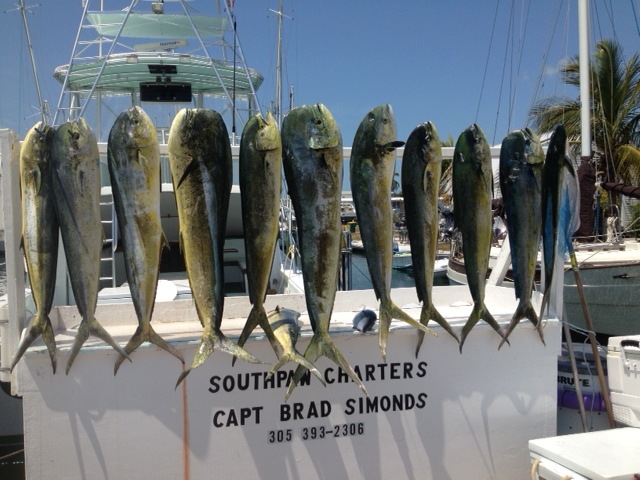 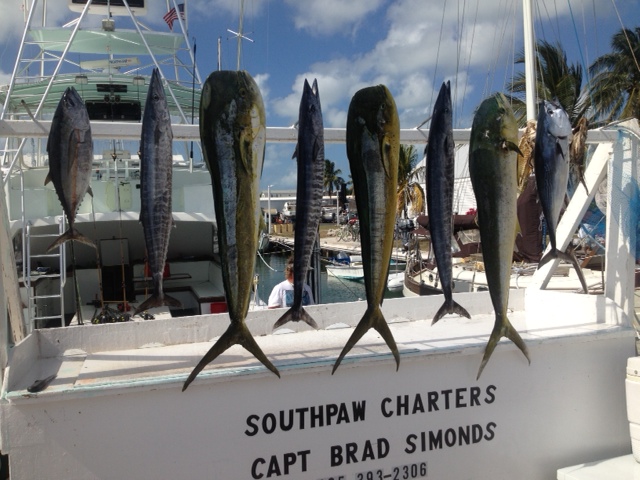